Study the Molybdenum valence electrons here and know the element in a better manner. We are further compiling more useful information on the element in the article. In chemistry, Molybdenum is a chemical element with its atomic number 42. It has the representative symbol as Mo.

How many valence electrons does Molybdenum have? 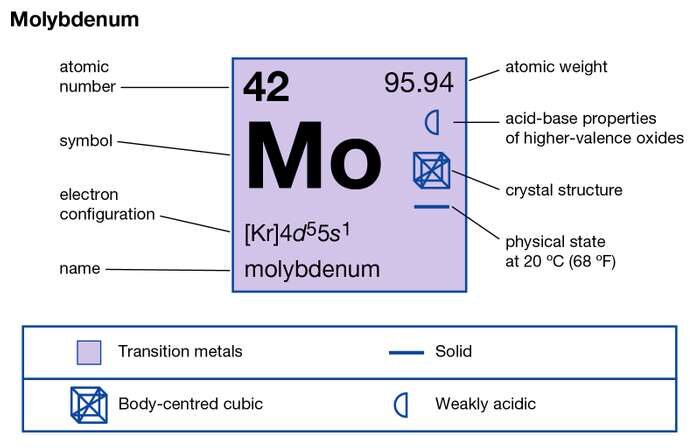 The chemical element has the appearance of hard silvery and grayish metal. It’s a transition metal but it has no visible reaction with water or oxygen. Molybdenum has no as such significant usages since it has very limited applications. Nearly 90% of the Molybdenum goes in the domain of metal science and engineering.

Further, the rest 10% is useful in chemical applications in the industrial domain. For instance, Molybdenum is useful in the production of alloys. Molybdenum further has anti-corrosion properties as well which makes it the solid resistant element to heat. It is hence readily usable in heat resisting appliances. 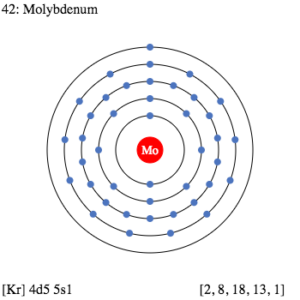 Well, Molybdenum is one of those elements which have high variable valencies. The element may have the valencies of 2,3,4,5,6 in different scenarios.

It’s a transition chemical element hence it may have variable valency. You can also study the valency of Molybdenum in the periodic table.