How many valence electrons does Tellurium have?

In appearance, Tellurium looks like a brittle silvery and white element. It belongs to the family of metalloids hence it has similar properties. Tellurium has chemical properties similar to Sulfur and Selenium. It has several types of occurring forms in nature.

The major Tellurium’s occurrence form includes the refining process of blister copper. Some form of tellurium is also available in the elemental crystals. Tellurium was first discovered in the year of 1782 in the mines of gold, however, it was not enough source of its availability. The element is significance available as the byproduct of gold and lead. 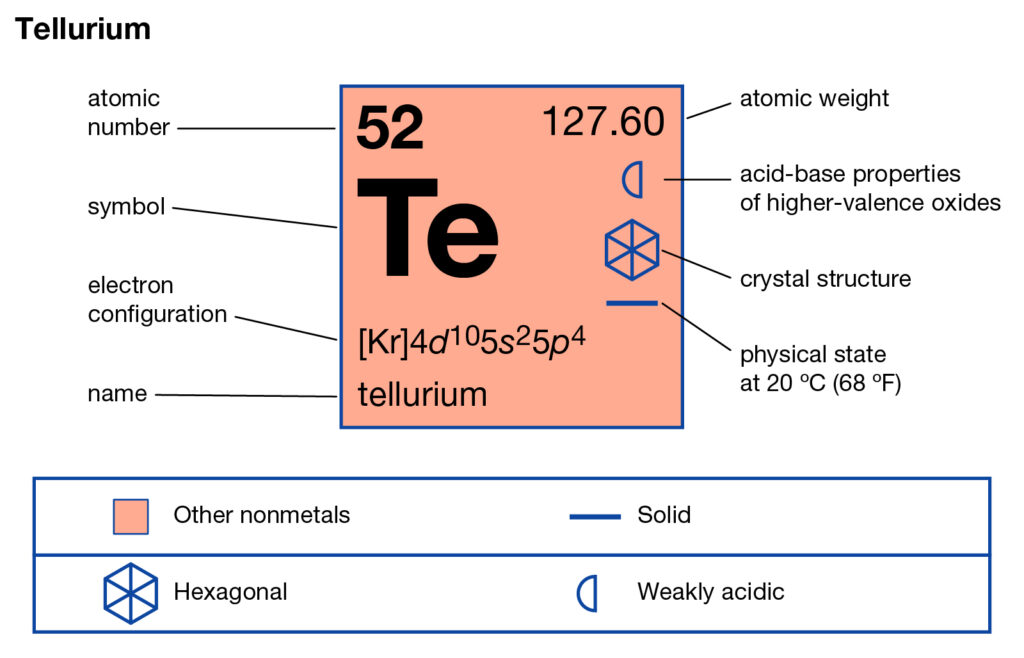 So, Tellurium basically derives itself from copper and lead and is also useful with the same components. The major use of Tellurium is in integration with copper and steel.

Tellurium makes steel, copper more machinable for their effective usage. So, hence metallurgy domain is the largest consumer of tellurium. 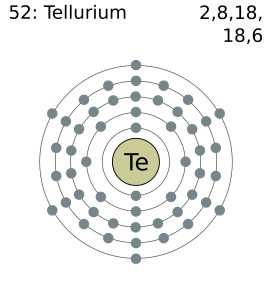 In a similar way, the diagram also provides the presentation of tellurium chemical bonding. So, the dot diagram provides the best picture of Te valence electrons analysis.

Well, Tellurium has 6 valence electrons in the outermost energy shell. The valency of tellurium is the combining capacity of elements.

It determines that how the atoms of tellurium will react with other elements. You can also check out the valency of tellurium in the periodic table.