All the chemistry scholars can here read about the Radium valence electrons. We are providing a systematic study of the element. Radium is a chemical element with the atomic number 88 in the periodic table. The element has the representative symbol of Ra and belongs to block s. Radium further falls in the category of Alkaline earth metals. It has the structure of white silvery metal with some reactive properties.

It easily reacts to nitrogen and has highly radioactive isotopes. Radium 226 is its highly stable isotope with a life span of around 1600 years. 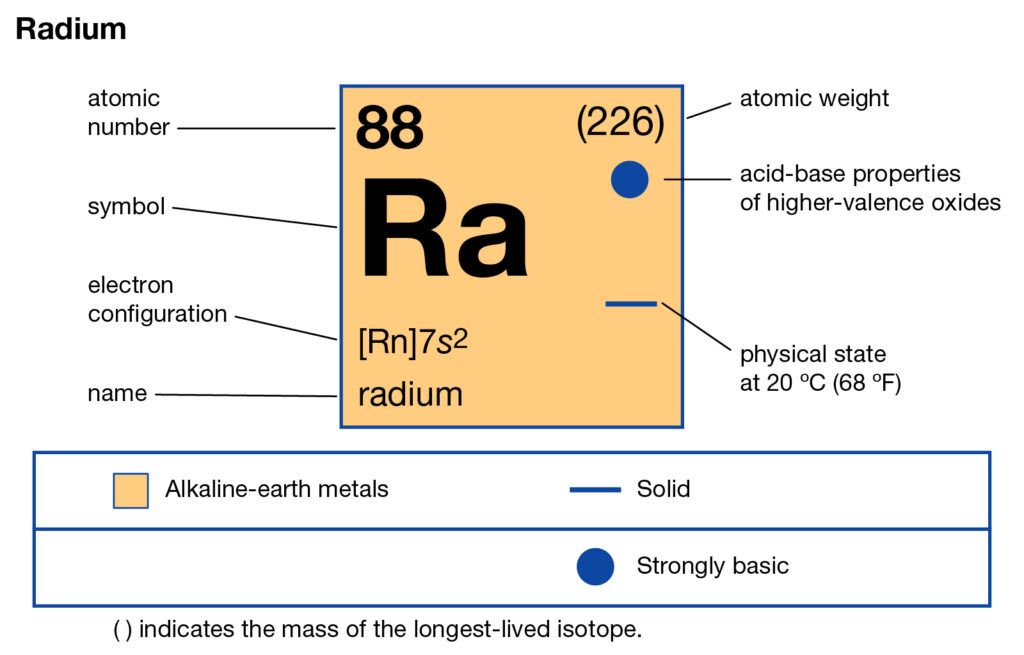 Being the radioactive chemical element Radium has similar applications. Its role is gradually increasing in the domain of atomic and molecular research. It’s further useful to use as a decent source of radiation for some special causes. The element is still in its research phase to offer more practical commercial usage. 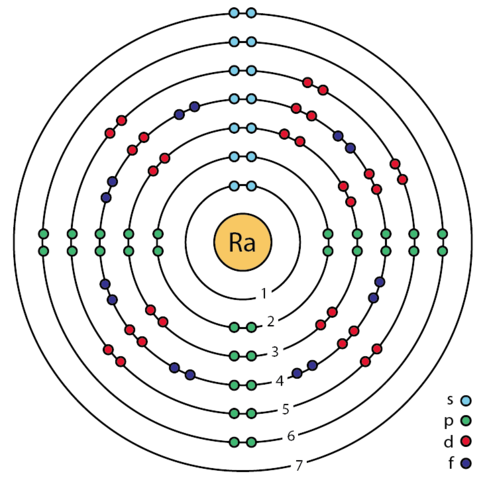 Radium has 2 valence electrons hence it has a valency of 2. Valency states the combining capacity of the Radium chemical element.

It’s useful to understand how the atoms of the element will react with other elements. Almost all the chemical elements carry their respective valency.