You are here: Home / Archives for Electron Configuration For Radon

Radon is a chemical element which has chemical symbol Rn. The atomic number of radon is 86. It is a colourless, radioactive, tasteless, odourless noble gas. It occurs naturally found in minute quantities as an initial step in the normal radioactive decay chains by which uranium and thorium slowly change into a lead and many other very short-lived radioactive elements.

The radon is also the immediate decay product of radium. Its most stable 222Rn, isotope, has a half-life of only 3.8 days which makes radon one of the rarest elements because it decays away very quickly. Since uranium and thorium are two of the most common radioactive elements on Earth and they have 3 isotopes with long half-lives, in the order of many billions of years, radon will be there on Earth long into the future irrespective of its short half-life as it is continuously being generated. 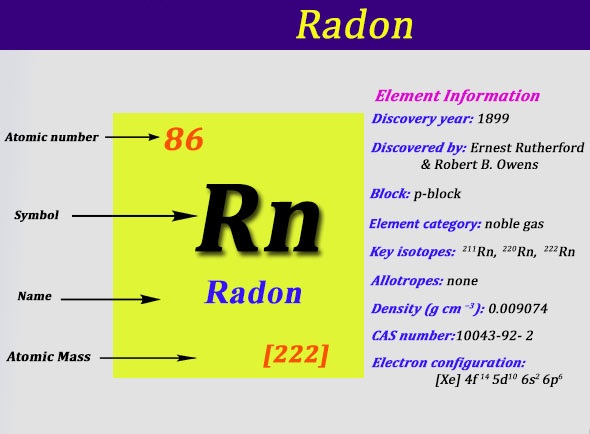 The radon’s decay produces many more short-lived nuclides known as radon daughters, ending at stable isotopes of lead. Unlike the other intermediate elements decay chains, radon is in normal conditions which are gaseous and easily inhaled. Radon gas is hazardous to health. Despite its short lifetime, its gas from natural sources, such as uranium-containing minerals can accumulate in buildings due to its high density.

Radon is a contaminant which affects indoor air quality throughout the world. As per the United States Environmental Protection Agency, after cigarette smoking it is the second most frequent cause of lung cancer. Today we are going to provide you with the information about the electron configuration for Radon. Please see the full post below.

What is The Electron Configuration of Radon? 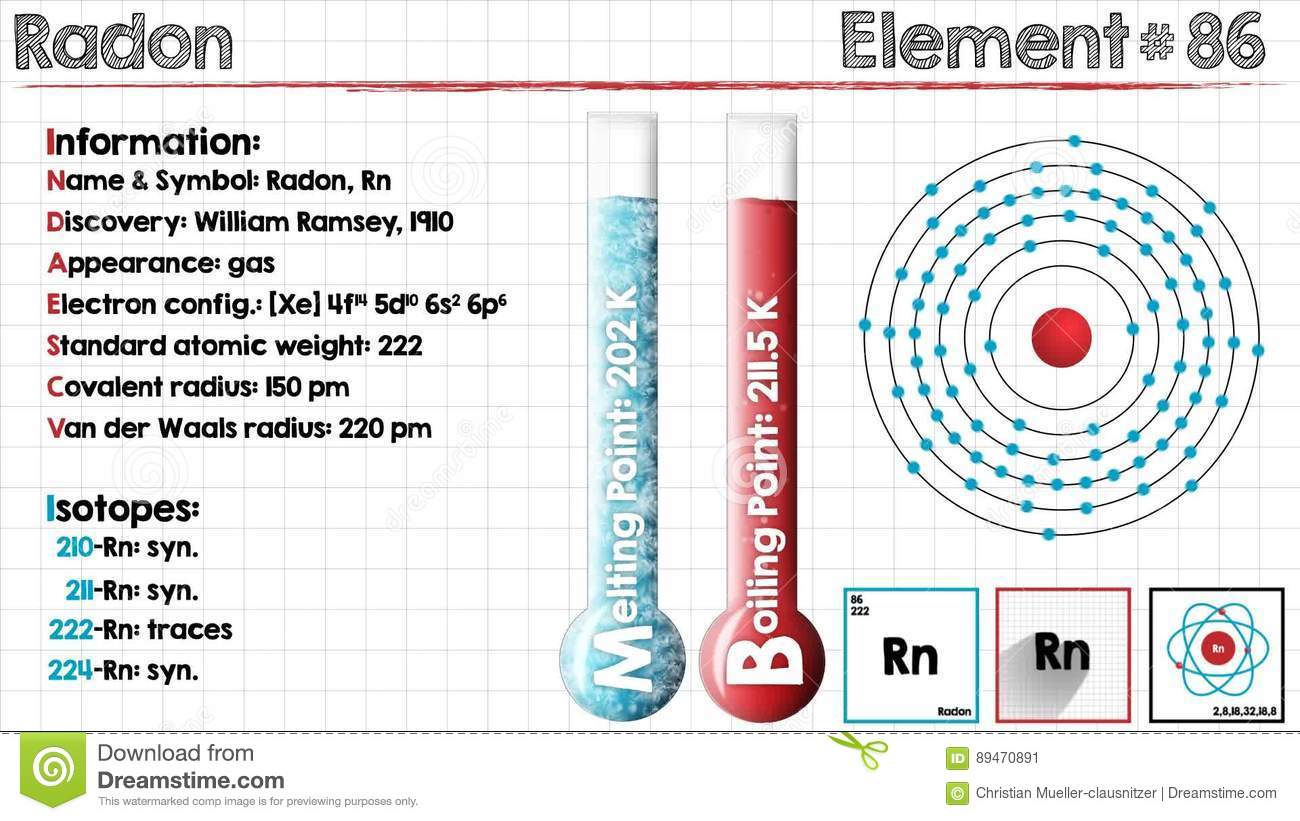 How Many Valence Electrons Does Radon Have 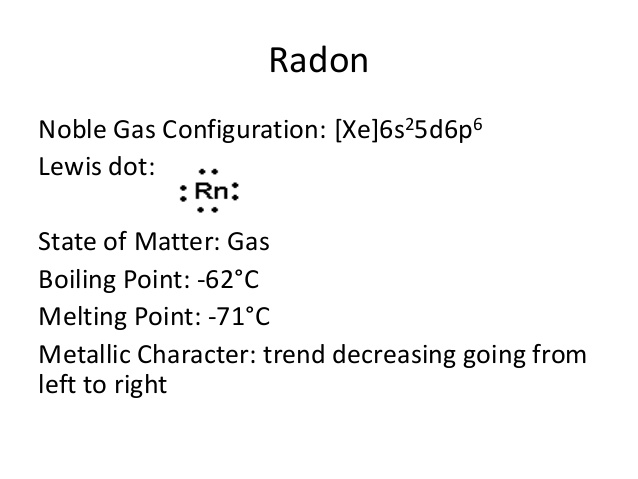 Radon has eight valence electrons in its outer shell.

There are eight valence electrons in the outer shell of the radon.