Thorium Electron Configuration: Thorium is a naturally found element that is slightly radioactive. This symbol is Th and its atomic number is 90. It naturally occurs as bright silvery in appearance but when exposed to air it slowly turns into its oxide which tarnishes it into a black colour.

It was first discovered in 1829 by a Norwegian mineralogist Morten Thrane Esmark and later identified by a Swedish chemist Jons Jacob Berzelius. He named the element after Thor, the Norse God of Thunder. It naturally occurs in small amounts in volcanic rocks and soils. It is several times more abundant in Earth’s crust than all isotopes of Uranium put together. 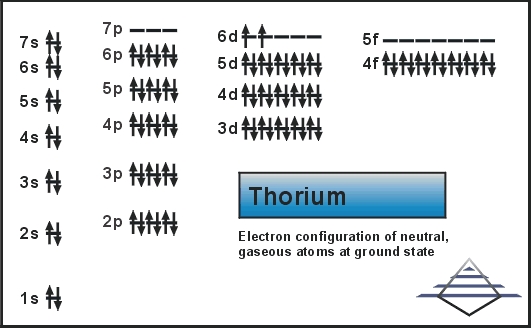 The industrial use of thorium was possible only a decade after its discovery, initially for non-radioactive purposes. In 1885, Austrian chemist Carl Auer von Welsbach invented the gas mantle, a portable source of light. It utilized the brilliant bright light which the incandescence of the thorium oxide produced when burned with gaseous fuels.

From then, most of the thorium applications in the industry use its dioxide (industrially named as thoria) rather than the metal itself. It has a high melting point of 3300 degrees, higher than any other oxide. Due to this unique property, it has found its usage in many industrial purposes, such as light bulb elements, lantern mantles, welding electrodes, etc. 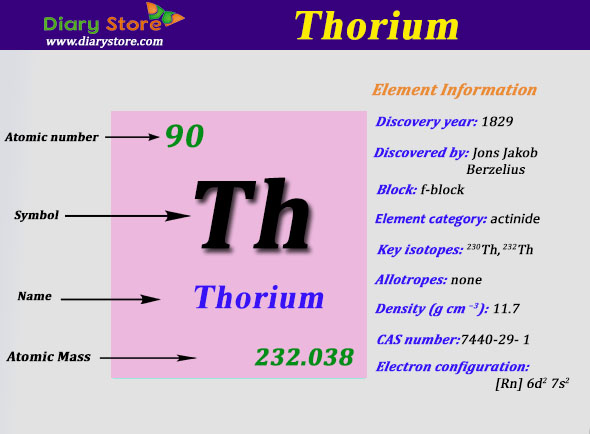 Its radioactivity was discovered much later in 1898, by German chemist Gerhard Carl Schmidt, and also later that year by Polish-French physicist Marie Curie, who won a Nobel Prize for her incredible contribution towards the study of radioactivity.

Due to its low demand, it is not profitable to extract thorium alone and it is generally extracted along with other rare earth. Industries heavily rely on a rare earth called monazite for its extraction, since thorium is largely produced as the by-product. These occur in sands and are called monazite sands. It can produce up to 12% thorium, and 6-7% on an average.

Due to its considerable radioactive properties, Thorium began to be used as a power source to fuel nuclear chain reactions in power plants. During the Cold War, it was also considered to be used as a source for a nuclear bomb. But due to its harmful radiations which is a potential threat to humans and the environment at large, its non-radioactivity usage has been on the decline since the 1950’s.

What is The Electron Configuration of Thorium

The electron configuration of Thorium is Rn6d27s2.

How Many Valence Electrons Does Thorium Have 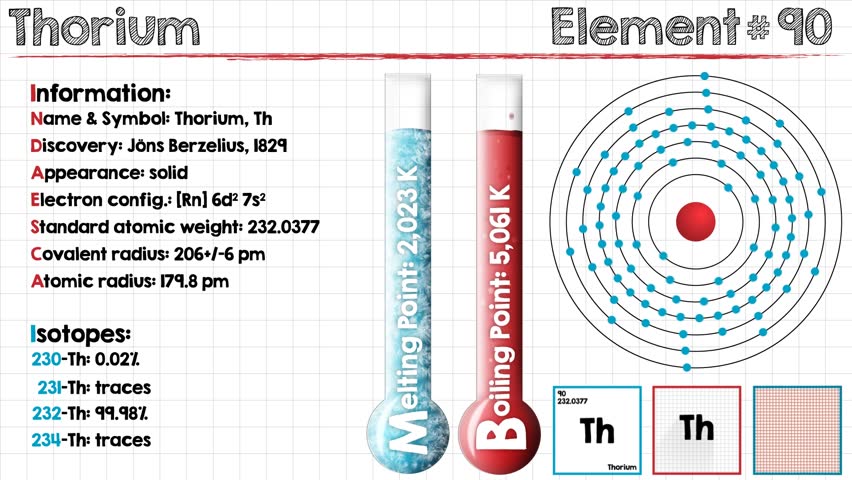 A thorium atom consists of 90 electrons and has 4 valence electrons.

Thorium has three valence electrons in its outer shell. 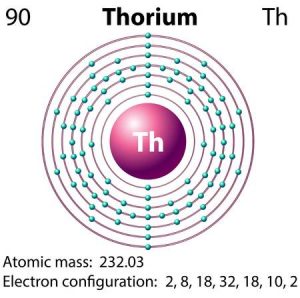