You are here: Home / Archives for Lanthanum Electron Configuration

Well, Lanthanum is basically the name of a chemical element that holds its place particularly in the chemistry branch of science. It has the atomic number 57 and the symbol of La for identification purposes. The element belongs to the family of Lanthanide series of elements in the periodic table.

It has the physical structure of silvery and white metal which feels soft while touching with the bare hands. If you keep Lanthanum. 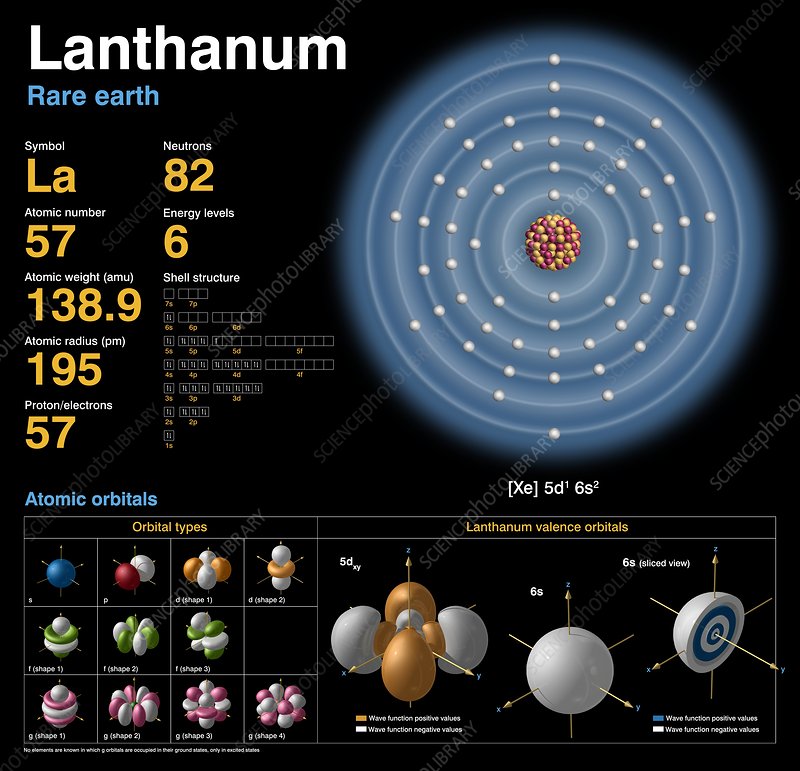 In the exposure of the air then it just easily tarnishes as the integral part of its properties. Furthermore, the element also counts itself among one of the rarest earth elements with its oxidation state of +3.

This particular chemical element was first discovered by a Swedish scientist during the year 1839. In the present time, the element occurs in nature with the cerium and such other rare chemical elements. So, basically, one thing is clear with the nature of this element that it has no free form.

How Many Valence Electrons Does Lanthanum Have?

So, all these aspects combined make the electron configuration quite significant for the chemical element.

Well, Lanthanum is one of those chemical elements that have very diverse usage in the industrial domain. This is what makes it quite a demanded element. Some of the popularly known usages of the element include such as a gas mantle, alloys production, arc lamps, etc. There is particularly a long list of applications of this element in the various industries and it is even useful in some medications as well. It however has no biological role in human exposure and is not very toxic to humans. We hope that this study of Lanthanum electron configuration will help our readers to understand the element in a good manner.