Thallium is a chemical element that has a symbol Tl. The atomic number of Thallium 81. It is a grey post-transition metal which is not found free in nature. When it is isolated it resembles tin but becomes colourless when exposed to air. 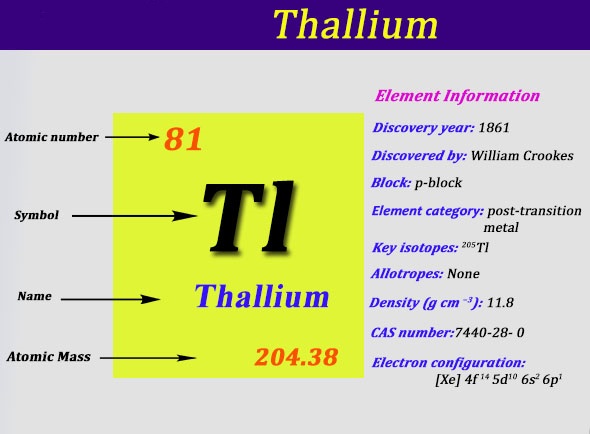 Thallium is commercially produced not from potassium ores, but as a product of refining heavy-metal sulfide ores. Approx 60–70% of the production of thallium is used in the electronics industry, and the remaining is used in the glass manufacturing and in the pharmaceutical industry. Today we will tell you about the electron configuration of the Thallium. 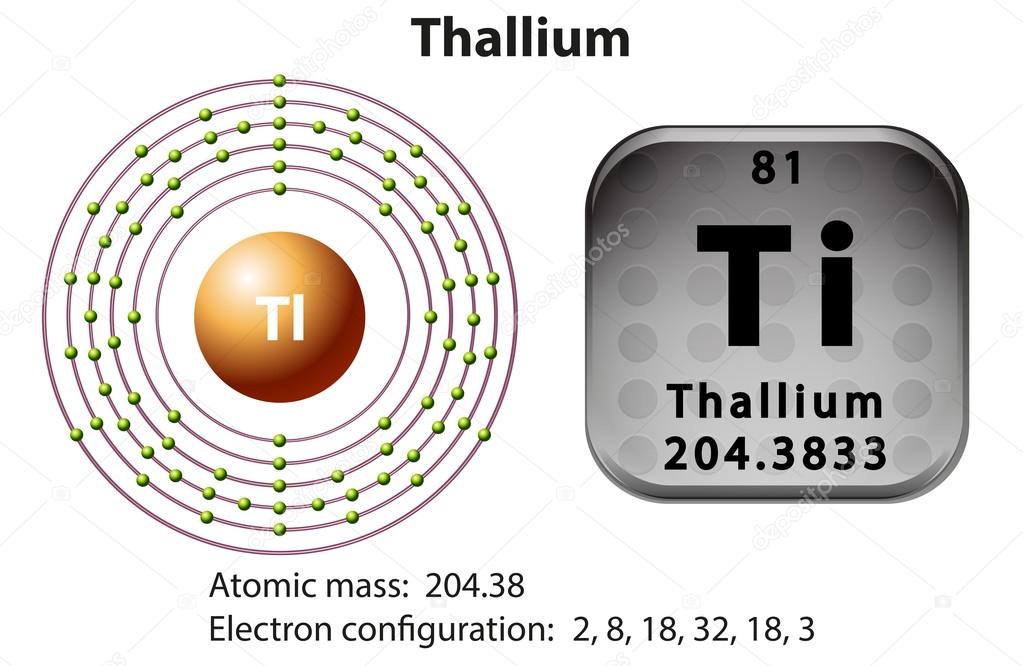 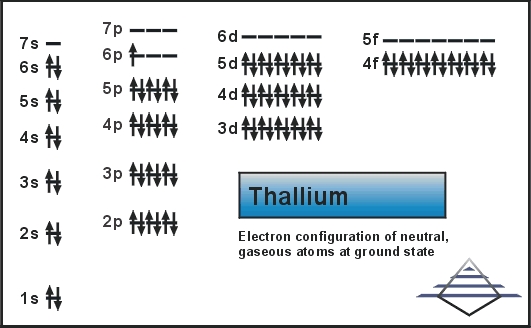