You are here: Home / Archives for How Many Valence Electrons does Platinum have

Platinum is a chemical element that has a chemical symbol Pt. The atomic number of platinum is 78. It is a malleable, dense, highly unreactive, ductile, precious, silverish-white transition metal.

Its name was derived from the Spanish word Platino which means “little silver”. It is a member of the group 10 of the periodic table of elements. Platinum has six naturally occurring isotopes. It is the rarest elements found in Earth’s crust. 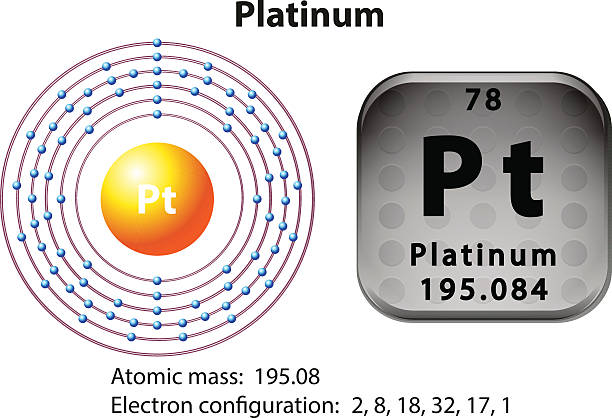 It occurs in some copper and nickel ores with some native deposits, mainly in South Africa, that accounts for 80% of the world production. It is one of the least reactive metals. Platinum has remarkable resistance to corrosion, even at high temperatures which is why it is considered a noble metal. Consequently, it is often found chemically uncombined as native platinum.

As it occurs naturally in the alluvial sands of many rivers. Today we will share the information about the electron configuration of the platinum.

What is the Electron Configuration of Platinum 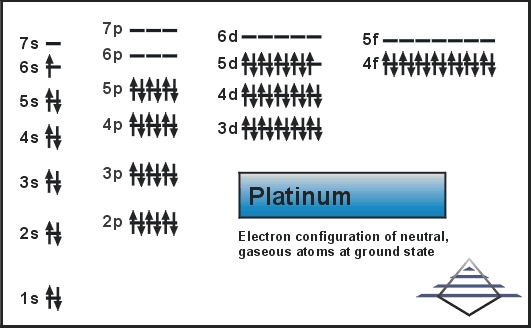 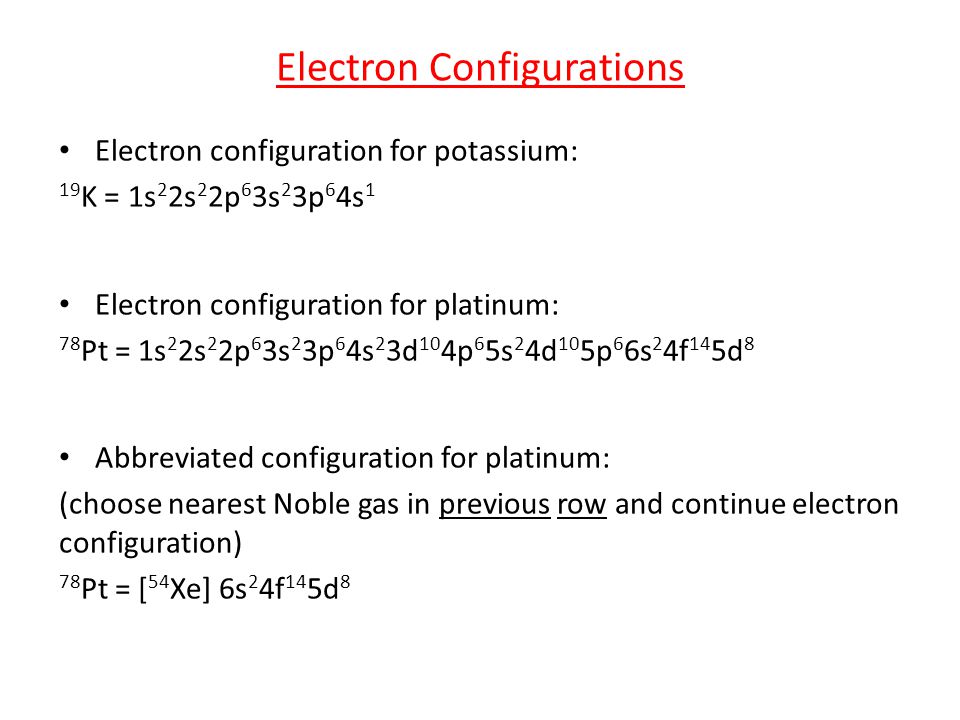 Platinum has six valence electrons in its outer shell.

There are six valence electrons in the outer shell of the platinum. 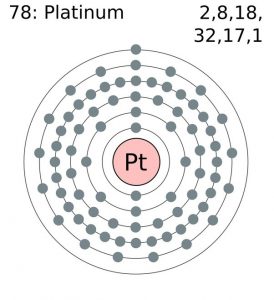