You are here: Home / Archives for How Many Valence Electrons Does Lutetium have

Electron Configuration For Lutetium: Lutetium is a chemical element that has chemical symbol Lu. The atomic number of Lutetium 71. It is a  white silvery metal, that resists corrosion in dry air and not in the moist air. It is the last element of the lanthanide series. Traditionally, it is counted among the rare earth elements. 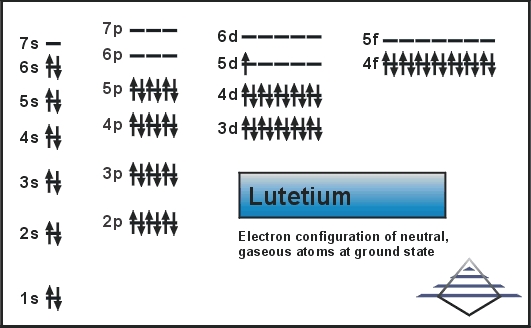 Sometimes It is considered as the first element of the 6th-period transition metals, however, lanthanum is more often considered as such. It was independently discovered by French scientist Georges Urbain, Austrian mineralogist Baron Carl Auer von Welsbach, and American chemist Charles James in 1907.

These researchers found that lutetium as an impurity in the mineral called ytterbia, that was previously thought to consist entirely of ytterbium. There was a dispute on the priority of the discovery which occurred shortly after, with Welsbach and Urbain accusing each other of publishing results that are influenced by the published research of the other; then naming honour went to Urbain because he had published his results earlier. Today we are going to tell you about the electron configuration of Lutetium. 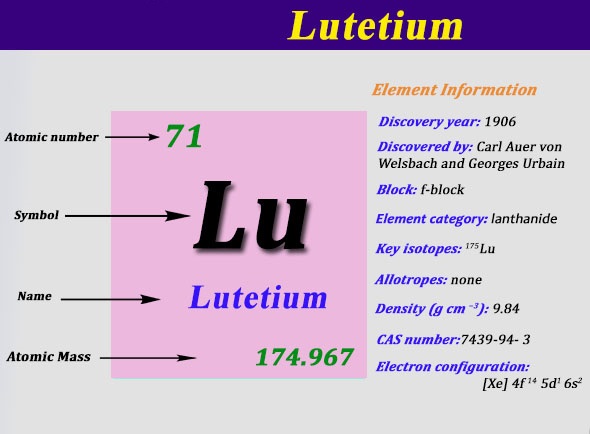 Xe 4f14 5d1 6s2 is the electron configuration of Lutetium. 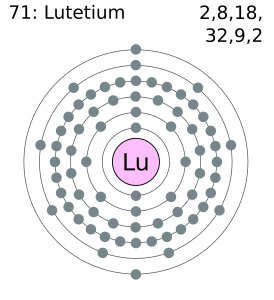 Lutetium has 3 valence electrons in its outer shell. 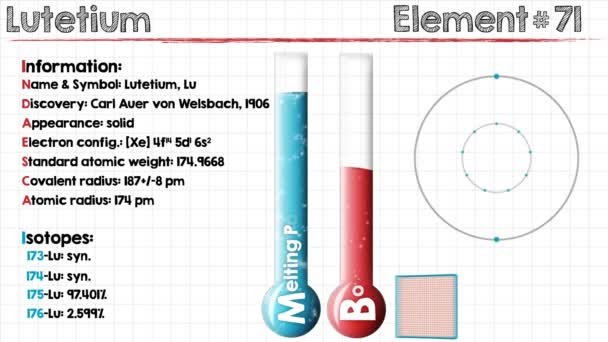 There are 3 valence electrons in the outer shell of the Lutetium.