You are here: Home / Archives for Electron Configuration For Db

Electron Configuration For Dubnium: Dubnium is a synthetic chemical element that has a symbol Db. The atomic number of Dubnium is 105. It is highly radioactive. The most stable known isotope of dubnium is dubnium-268 which has a half-life of only about 28 hours which largely limits the extent of research on dubnium.

It does not occur naturally on Earth and is only produced artificially in labs. The Soviet Joint Institute for Nuclear Research claimed the first discovery of the Dubnium in 1968 which is followed by the American Lawrence Berkeley Laboratory in the year 1970. 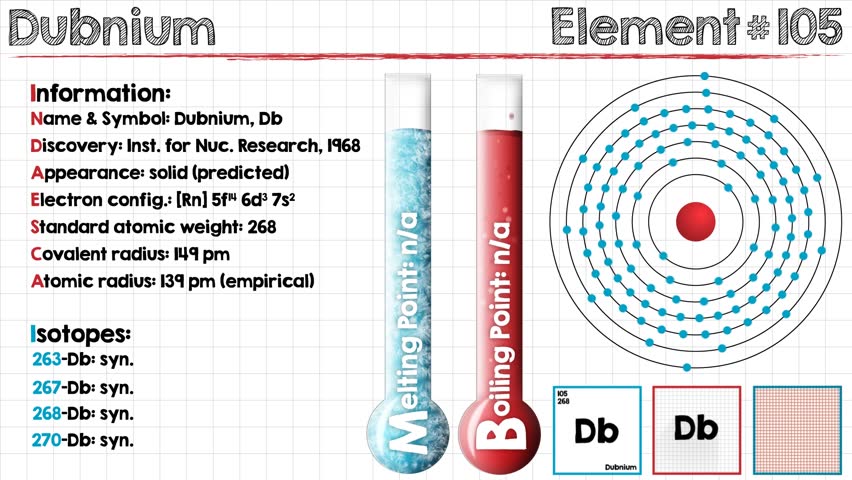 Both teams had proposed their names for the newly discovered element and used them without any formal approval. IUPAC/IUPAP Joint Working Party resolved the long-standing dispute was resolved in 1993 by an official investigation of the discovery claims.

This has resulted in a credit for the discovery was officially shared between both teams. It was formally named dubnium in 1997 after the town of Dubna. Today we are going to provide you with the information about the electron configuration of the Dubnium. If you are also here to get the information about the dubnium then you are in the right place. Please have a look at the post below.

What is the Electron Configuration of Dubnium

Rn 5f14 6d3 7s2 is the electron configuration of the Dubnium.

How Many Valence Electrons Does Dubnium Have

There are five valence electrons in the outer shell of the Dubnium. 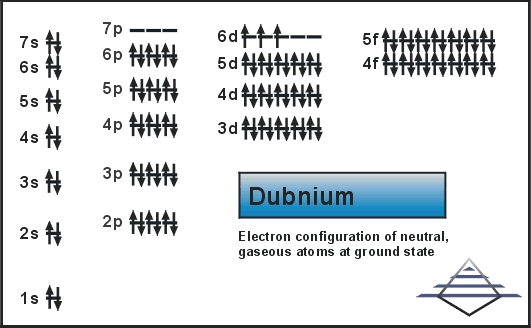 Dubnium has five valence electrons in its outer shell. 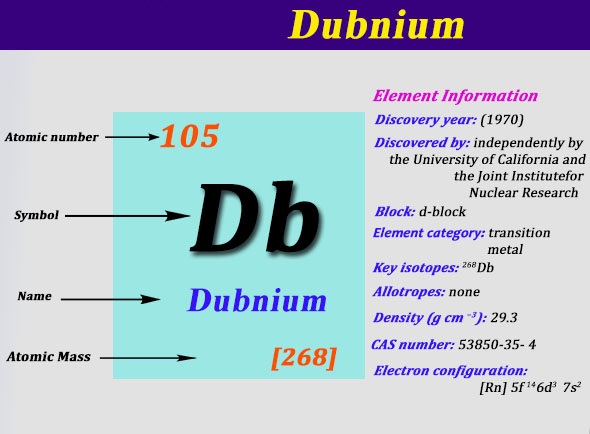