You are here: Home / Archives for Electron Configuration For At

Electron Configuration For At

Electron Configuration For Astatine: Astatine is a chemical element that is highly radioactive and has the chemical symbol At. The atomic number of Astatine is 85. It is one of the rarest naturally occurring chemical elements in the Earth’s crust, which occurs only as the decay product of many heavier elements. All isotopes of astatine isotopes are very short-lived.

Astatine-210 is the most stable isotope that has a half-life of 8.1 hours. A sample of the pure astatine has never been assembled, as any macroscopic specimen gets immediately vaporized by the heat of radioactivity of its own. 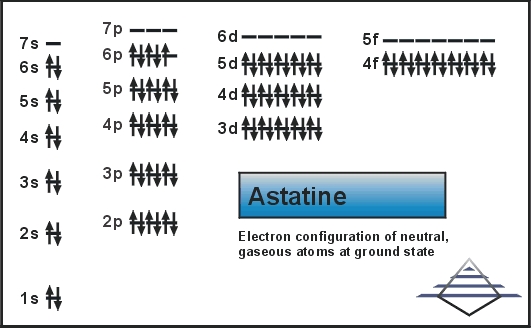 There are many properties of astatine that are not known with any certainty. Most of them are estimated based on the position of Astatine on the periodic table as a heavier analog of iodine and also a member of the halogens (the group of elements including chlorine, fluorine, iodine and bromine). It is likely to have a lustrous and dark appearance and maybe possibly a metal or semiconductor.

It has a higher melting point than iodine. several anionic species of astatine are chemically known and most of the compounds of Astatine resemble those of iodine. It also shows some metallic behaviour which includes being able to form a stable monatomic cation in aqueous solution. Today we are going to give you all the information about the electron configuration of the Astatine. 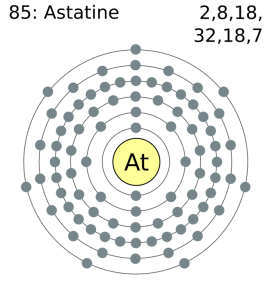 What is the Electron Configuration of Astatine?

How Many Valence Electrons Does Astatine Have

Astatine has 7 valence electrons in the outer shell.

There are seven valence electrons in the outer shell of the astatine.