You are here: Home / Archives for Achievements of Mendeleev Periodic Table

Dmitri Mendeleev has invented the periodic table which arranges all the chemical elements in a proper way that is in the order of increasing atomic number, electron configuration, and recurring chemical properties.

How Did Mendeleev Arrange the Periodic Table

Mendeleev got to know that the chemical and physical characteristics of elements are somehow related to the mass of the atom in a ‘periodic’ way, so he arranged them in a manner that groups of elements with the same characteristics fell into vertical columns in his periodic table. Predictions and gaps in this way of arranging elements mean there are gaps in his horizontal rows that are called ‘periods’. But Mendeleev did not see this as a problem and thought that it simply means the elements in the gaps had not yet been discovered. 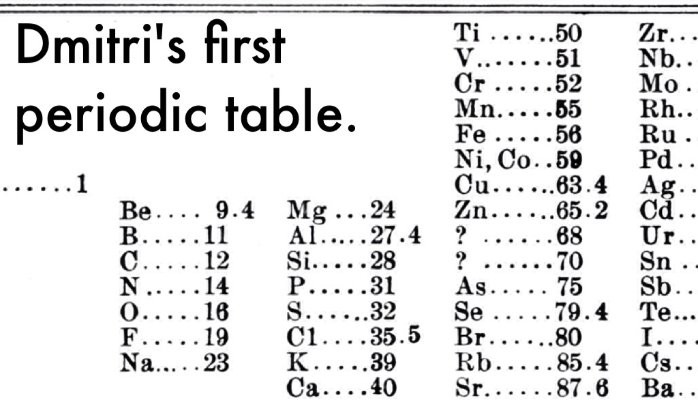 He also worked on the atomic mass of the missing elements, and so predict their characteristics. And when these elements were discovered, Mendeleev was proved to be right. Let’s take an example, he predicted the characteristic of an undiscovered element that should set and fit below aluminium in the periodic table. When this element was discovered in 1875 its properties were found to be same as Mendeleev’s predictions and that element was gallium.

You can find the PDF of Mendeleev periodic table below: 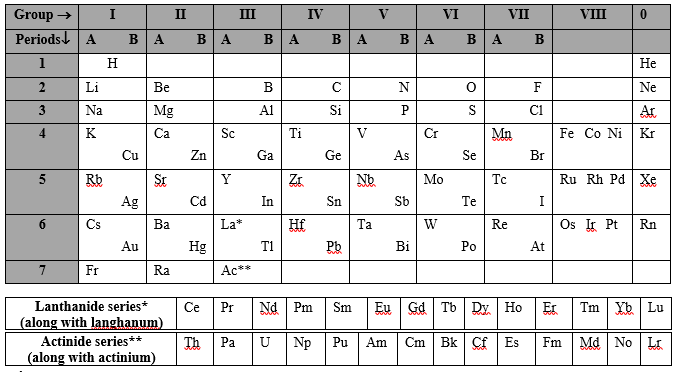 How many Elements did Mendeleev Periodic Table have?

Mendeleev left some space for the elements that are yet to be discovered and predicted their properties which later turned out to be true.

Mendeleev Periodic Table Based On