You are here: Home / Period Table / Where To Find A Electron Configuration For Polonium (Po)

Electron Configuration For Polonium: Polonium is a chemical element which has a chemical symbol, Po. The atomic number of Polonium is 84. It is a highly radioactive metal that has no stable isotopes. Polonium is rare and is chemically similar to tellurium and selenium, however, its metallic properties resemble that of its horizontal neighbours in the periodic table which are lead, thallium, and bismuth. 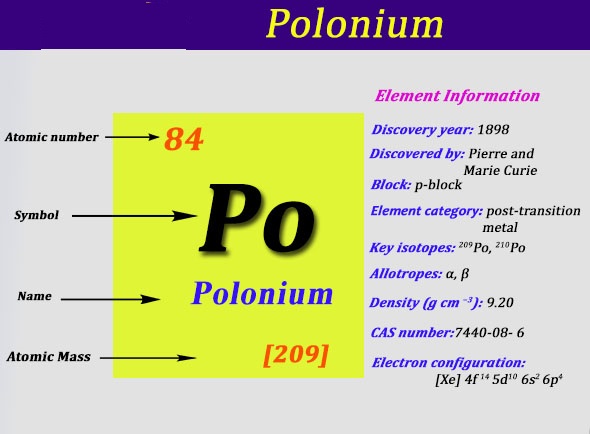 Because of the short half-life of all isotopes of polonium, the natural occurrence of polonium is limited to the tiny traces of the fleeting polonium-210 in uranium ores. Though slightly longer-lived isotopes also exist, they are very difficult to produce. Nowadays, polonium is commonly produced in milligram quantities with the help of neutron irradiation of bismuth.

Due to its intense radioactivity that results in the radiolysis of radioactive self-heating and chemical bonds, the chemistry is mostly been found on the trace scale only. Polonium was discovered in 1898 by Pierre and Marie Curie when it was found in uranium ore and was identified only by its strong radioactivity and polonium was the first element to be so discovered. 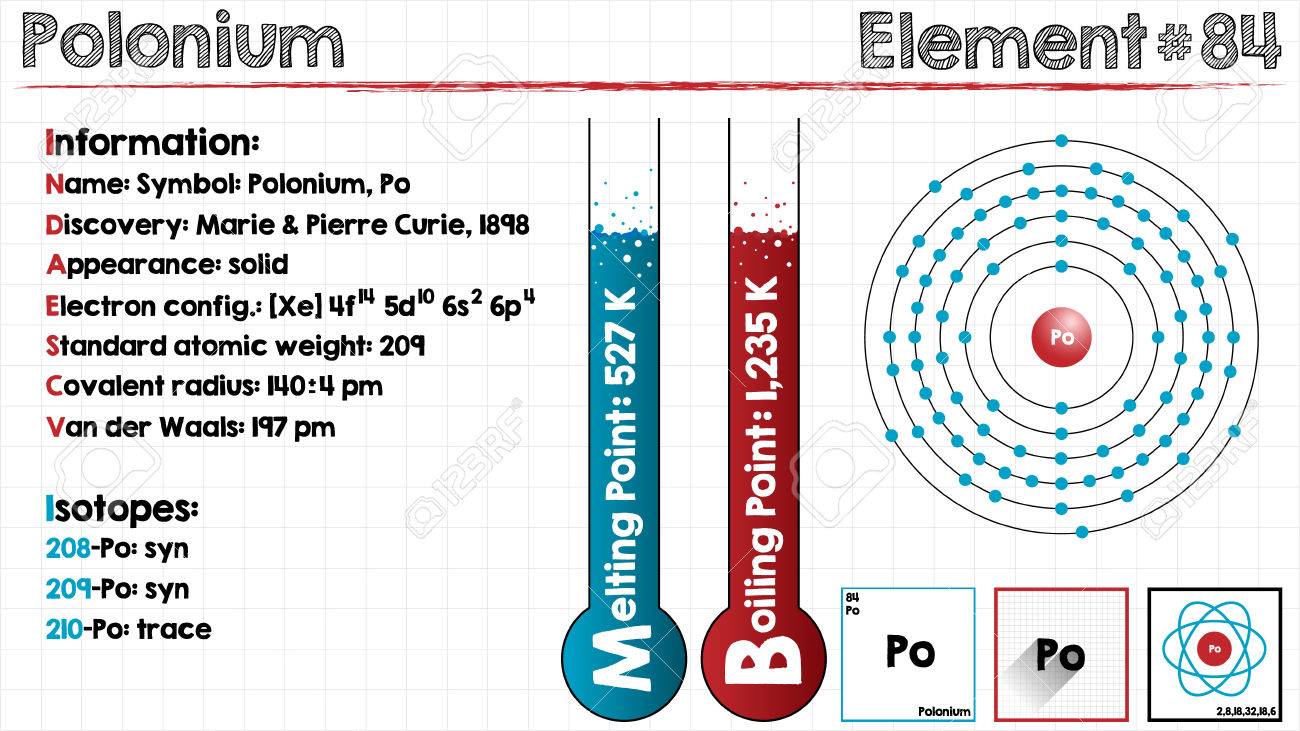 It was named after Marie Curie’s homeland that was Poland. It has few applications which are related to its radioactivity: antistatic devices, heaters in space probes, and sources of alpha particles and neutrons. This radioactivity of polonium makes it dangerously toxic.

What is the Electron Configuration of Polonium? 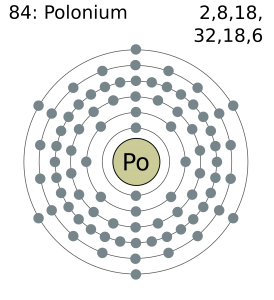 Polonium has six valence electrons in its outer shell.

How Many Valence Electrons Does Polonium Have 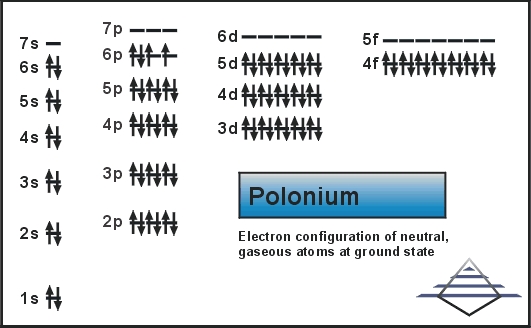 There are six valence electrons in the outer shell of the polonium.