Difference Between Electronegative and Electropositive Elements 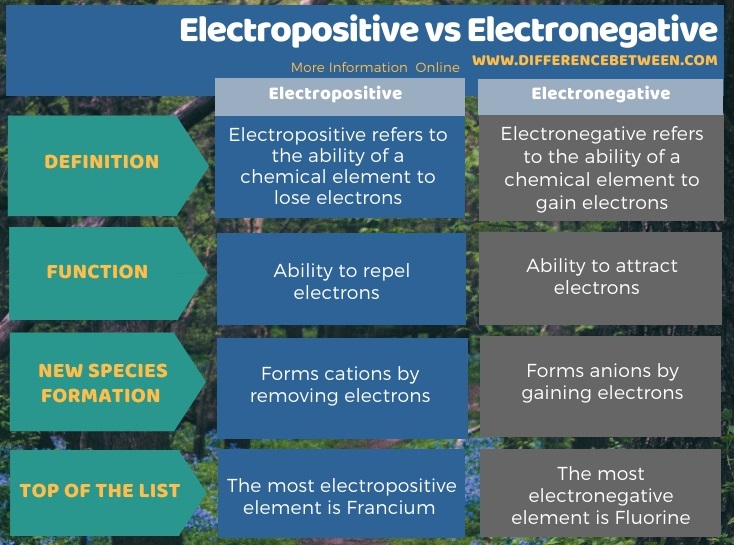 Both of these terms are however used for the chemical elements, as their properties in the periodic table, yet both of these are completely different from each-others.

Here we are going to discuss both of these terms separately and then we would try differentiating the one from another.

In Chemistry, we have plenty of types for the Chemical elements and all these elements come with different atoms. Atoms are actually the aspects that decide the electronegativity of such an element. 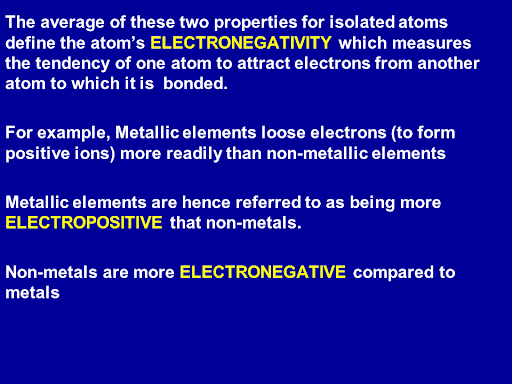 Almost all the metal elements around us are electropositive in nature, as they easily give away their electrons to orbitals in the outermost shell. Alkali is one such metal which has the highest electropositive properties.

Both the terms Electronegativity and Electropositive have their own relevance, as one takes the electrons and the other gives it away to others.

Here is the simplified difference between both of these terms. 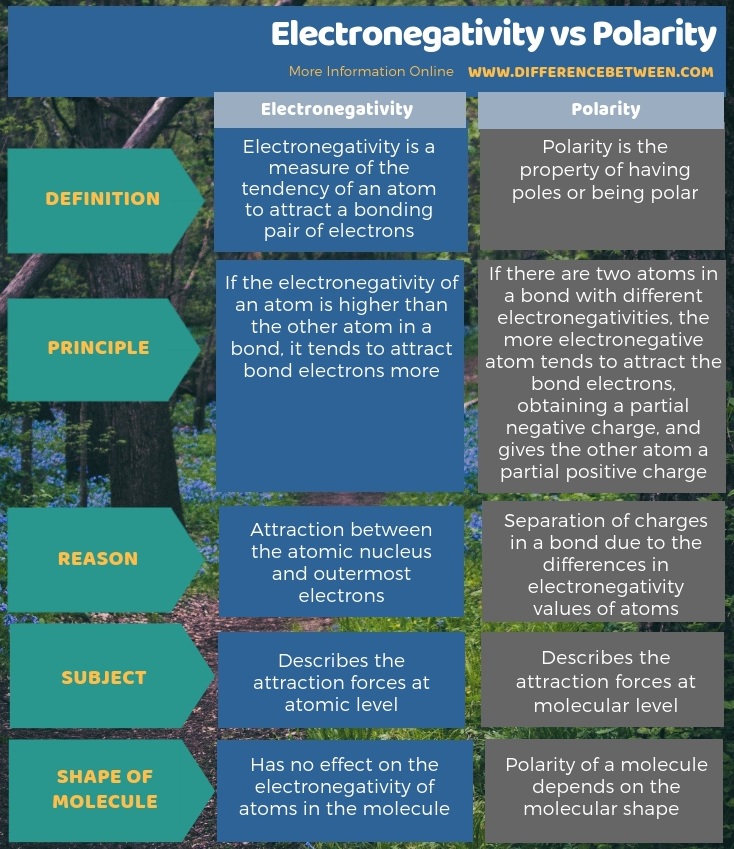