Curium is a highly radioactive metal with symbol Cm and atomic number 96. This element was named after Marie and Pierre Curie for their outstanding contribution in research on radioactivity. it is a hard silvery brittle substance which tarnishes slowly in dry air.

Curium does not occur naturally but it was produced in nuclear experiments as a by-product of neutron captures by plutonium and americium isotopes. But it was first intentionally synthesized and isolated in 1944 by the group of Glenn T. Seaborg at the University of California, Berkeley. 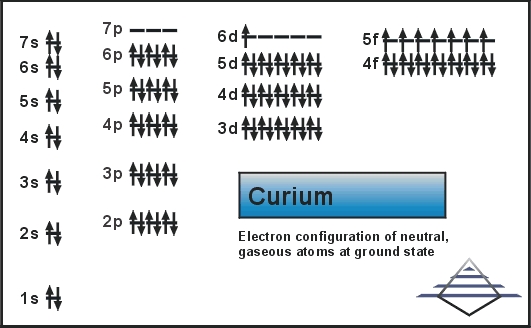 All known isotopes of Curium emit α-particles and have minimum fissile material to sustain a nuclear chain reaction. Since only a few milligrams of Curium can be produced during reactions, they don’t have any commercial applications and are primarily used for scientific research. But in the future, it may be used in radioisotope thermoelectric generators.

Curium can be ingested in the body by taking food, drinking water or breathing air. It predominantly emits α-particles, which are generally absorbed by the layers of common materials. But during its decay, it can emit significant amounts of gamma and beta radiations, which require elaborate security measures. If consumed, Curium is excreted in a few days and remains in the bloodstream. 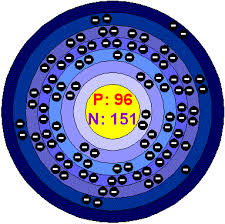 The Electronic configuration for Curium is [Rn] 5f7 6d1 7s2

What is the Electronic Configuration For Curium

An electron configuration table is a type of unique identification of each element which determines how many electrons are there in each energy level of an atom and the arrangement of electrons in each level.

The electronic configuration for Curium is [Rn] 5f7 6d1 7s2

How Many Valence Electrons Does Curium Have

The number of valence electrons in Curium is two.

Curium has two valence electrons in its outer shell.